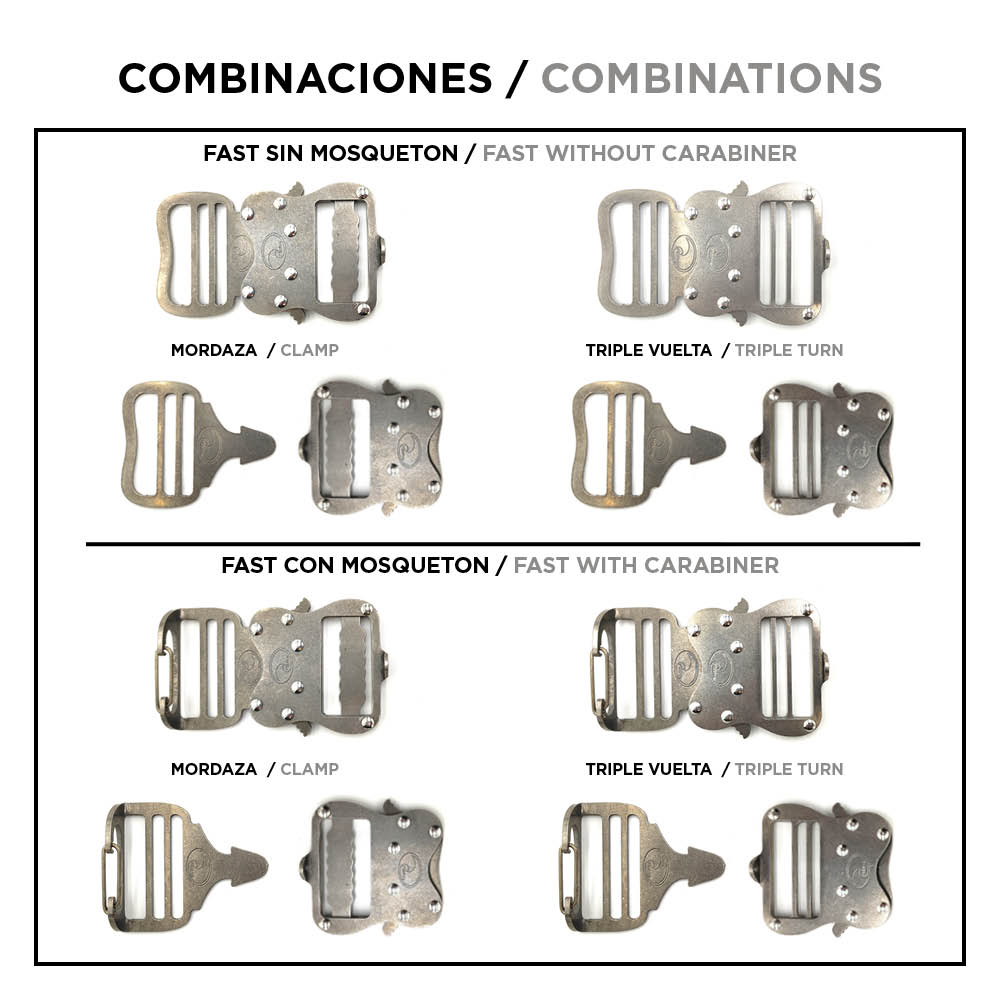 Fastening belt of the belt of leads of zafado or quick release with carabiner.

Designed for a QUICK, EASY and effective release.

It can be complemented with the BEAVER TAIL,preventing the belt from moving to the lumbar areas, or using the BEAVER TAIL to prevent the lead vest from being raised.

It can also be completed with the Pinchapez PS Multifunction.

The fast belt can be chosen with adjustable belt fastening by a very comfortable and fast jaw, or with the classic triple-pass fastening of the belt through the three housings.

You can also select the beltoption, in which you will have the buckle you want with the BLACK belt of anti-UV rubber 150 cm. long or the PURE belt of pure silicone of 150 cm long in brown, green or white.