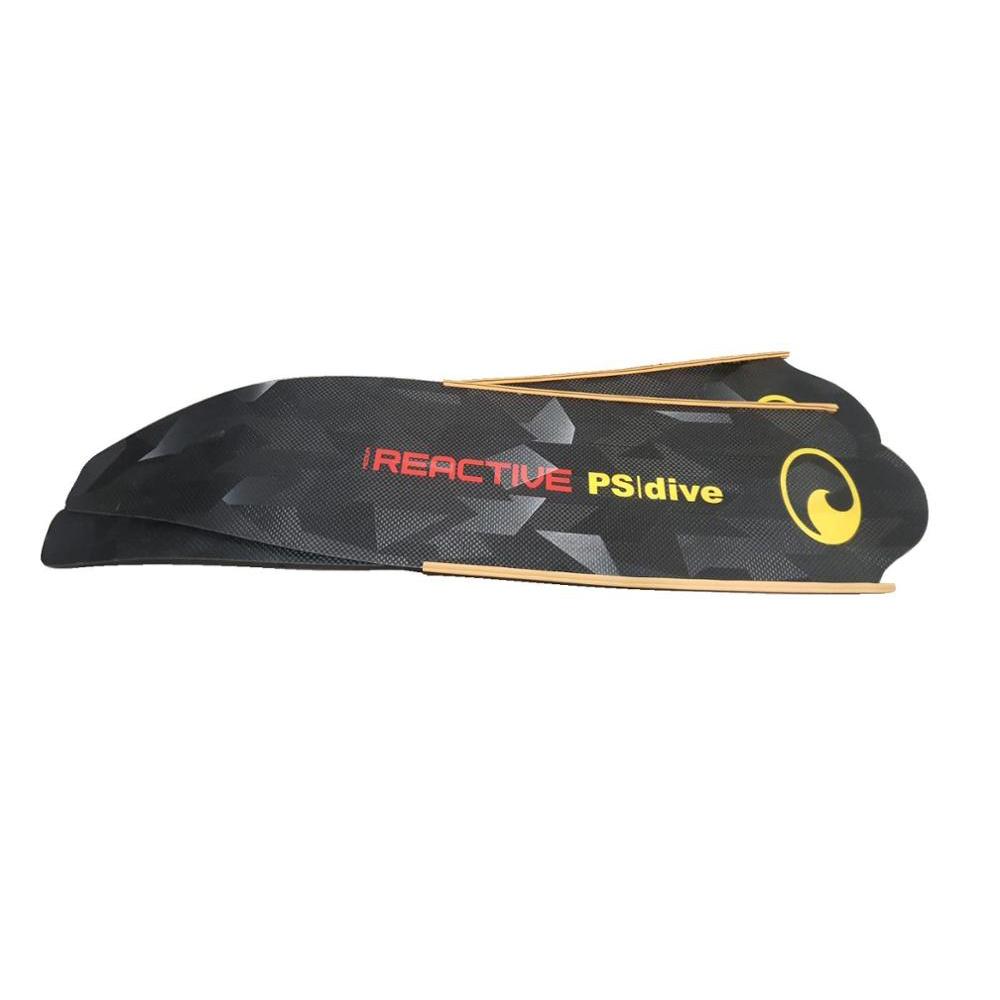 The "REACTIVE" fin is a 100% aeronautical carbon shovel. It is manufactured by carbon specialists for flutter specialists.

The success of this fin is due to the quality of the carbon and its studied placement of the carbon layers. High-end epoxy resins are the final colophon to this work of art,

The result is a very reactive, ligera and eficient to the maximum. Apparently it seems soft to flutter (in all three hardness versions) so that with an ankle stroke it displaces us, allowing us to save the oxygen expenditure when used a few r.p.m. and / or little power, but the shovel has an exponential power curve that makes if we raise the r.p.m. or the fluttering power the fin becomes increasingly demanding... that's when he develops all his forward power,

They is available in three hardnesses for the small sister of 79 cm shovel, although depending on the calzant in which you put them can change their hardness:

They is available in three hardnesses for the older sister of 85 cm shovel, special for apnea and deep fishing (depending on the calzante in which you put them can change their hardness):